(the copy rights belongs to ZHOU ENSI LTD, reproduce is not allowed)

If you have a fire alarm system with a sprinkler, any fire damage will be minimal. The water flow switch in these systems ensures that the water is dispensed at the right times. It sends an electrical signal to the switching unit in these and many other devices to indicate when to turn the water on and off.  The fire alarm water flow switch, a delayed action mechanical/electrical assemble flow detective device, is a conventionally wired fire alarm device.

The fire department reacts with more urgency to a water flow switch alarm than the way they react to other alarms.

Water flow Switch Description
Flow switch only detects the water flowing in the pipes, the water flow switch doesn't turn on or off the water. It just sets off the alarms by activating electrical switches.

To detect the water's movement, the assembly has a paddle across the inside of the pipe. When water starts moving in the pipe, it pushes on the paddle. The paddle is on a lever that, when the water has pushed aside the paddle, allows a pair of switches to activate, after a time delay. 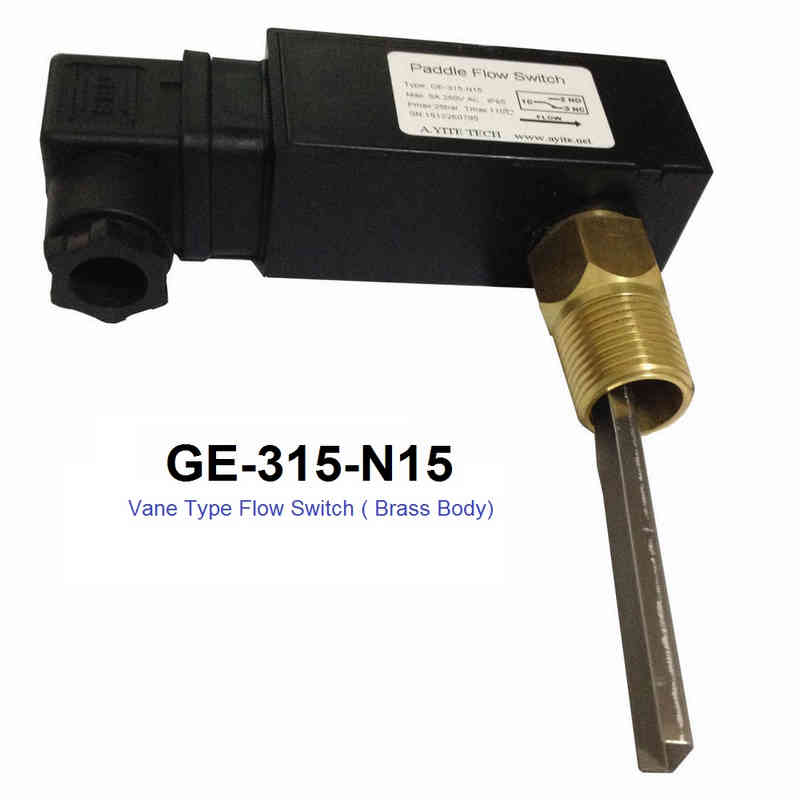 When the building sprinkler system activates, the water flow switch has three main functions:
It alerts the fire department that help is needed
It notifies the occupants of the building to evacuate
It shows the firefighters on their arrival that water is being used, and, by sounding the outside horn, where to connect their hoses

Reaction to the Sprinkler System
The fire department considers the fire sprinkler suppression system to be a greater indicator of a real fire than just the fire alarm system.

If heat has activated the sprinklers, and water is flowing in the building's sprinkler fire suppression system, they assume the building is actually on fire; the firefighters come into the building prepared for battle. 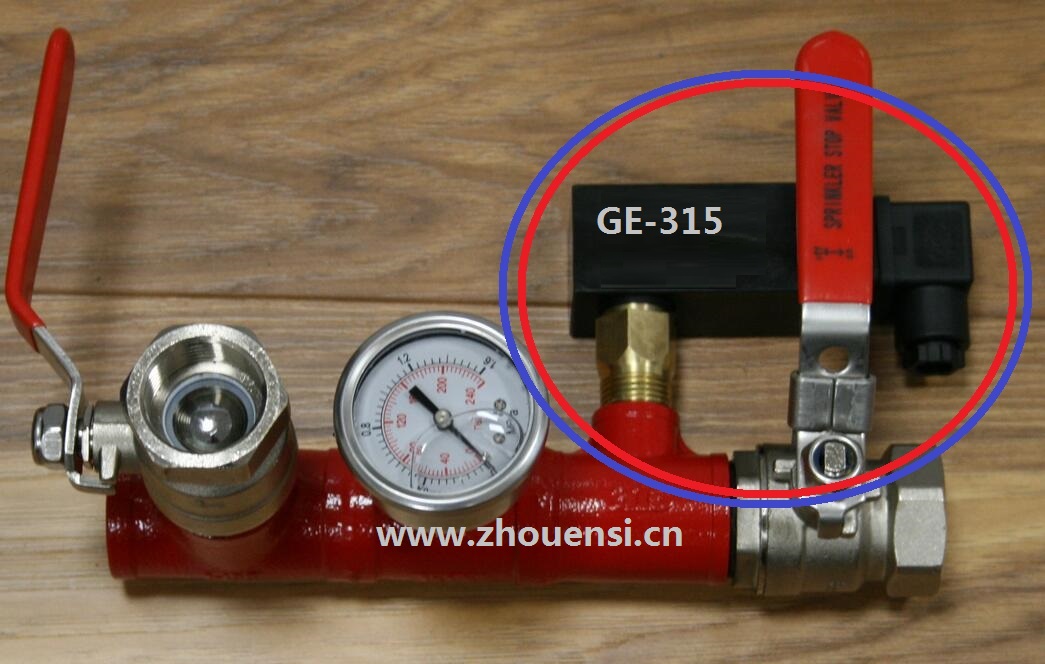 As the water pressure momentarily increases, water can move the paddle of the water flow switch for a moment or so, and this movement could set off false alarms. This particularly happens as the city water pressure goes up and down.

To prevent these false alarms, the water flow switch assembled with a retarder. The retarder is an air damper that prevents the lever from the paddle from activating the switches, until after a specified delay. This time delay is adjustable from 0 to 90 seconds.

Often from the fire alarm installer's point of view, the labels on the flow switch are not correct; so use an ohmmeter to determine which contacts are open when no water is flowing in the sprinkler system.

We could supply the oil filled pressure gauge, customized OEM ODM is available 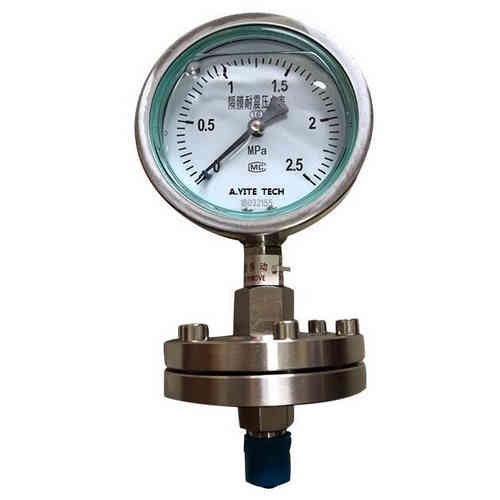